Tell us about your new PPV, show us some pictures, let us know how you did what you did!
Forum rules
One thread per car per member in this section. No thread hijacking in this section please, if it's strictly a tech discussion please move it to the appropriate sub-forum - moderators can assist if needed or requested.
Post Reply
133 posts

Clutch chatter is starting to lessen as I've been driving it more, they recommend 500 mile city driving to fully break in. I'm getting close to that. 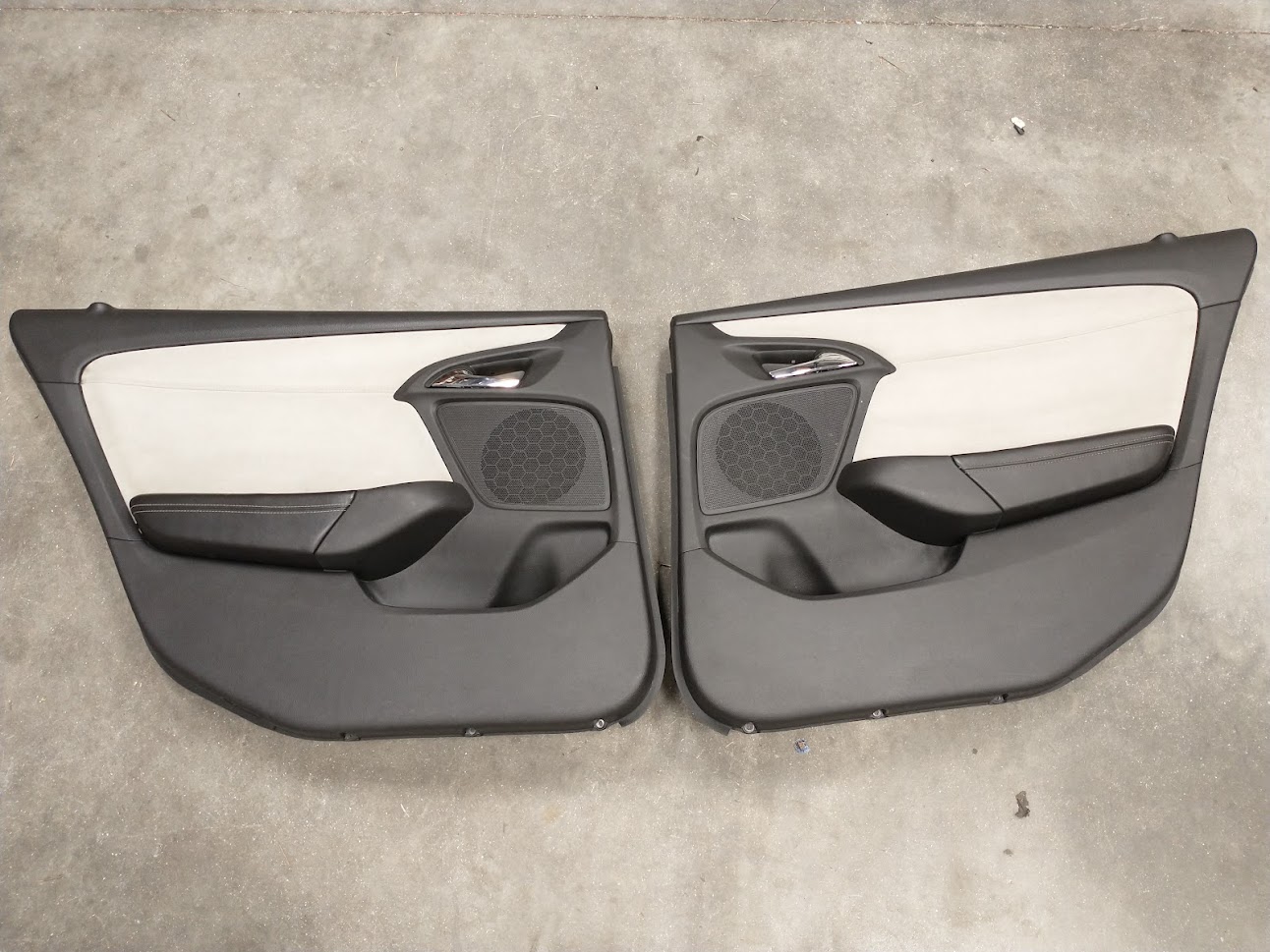 Had another car package from Australia show up - Aussie Caprice rear door panels. Finding them in the black SS theme is near impossible, so I am going to have the suede recovered here locally to match the fronts. Something interesting on these. Finally something that the Caprice has better than the SS. On these door panels, there is a puddle lamp at the bottom, as well as a small courtesy lamp in the door handle, similar to what the SS has for the front door handle. But the SS didn't have either on the rear doors. My SS harness doesn't have wiring for either light in the harness, and it's not a big deal but I'm going to see if I can get them wired up while I wait for them to get recovered. 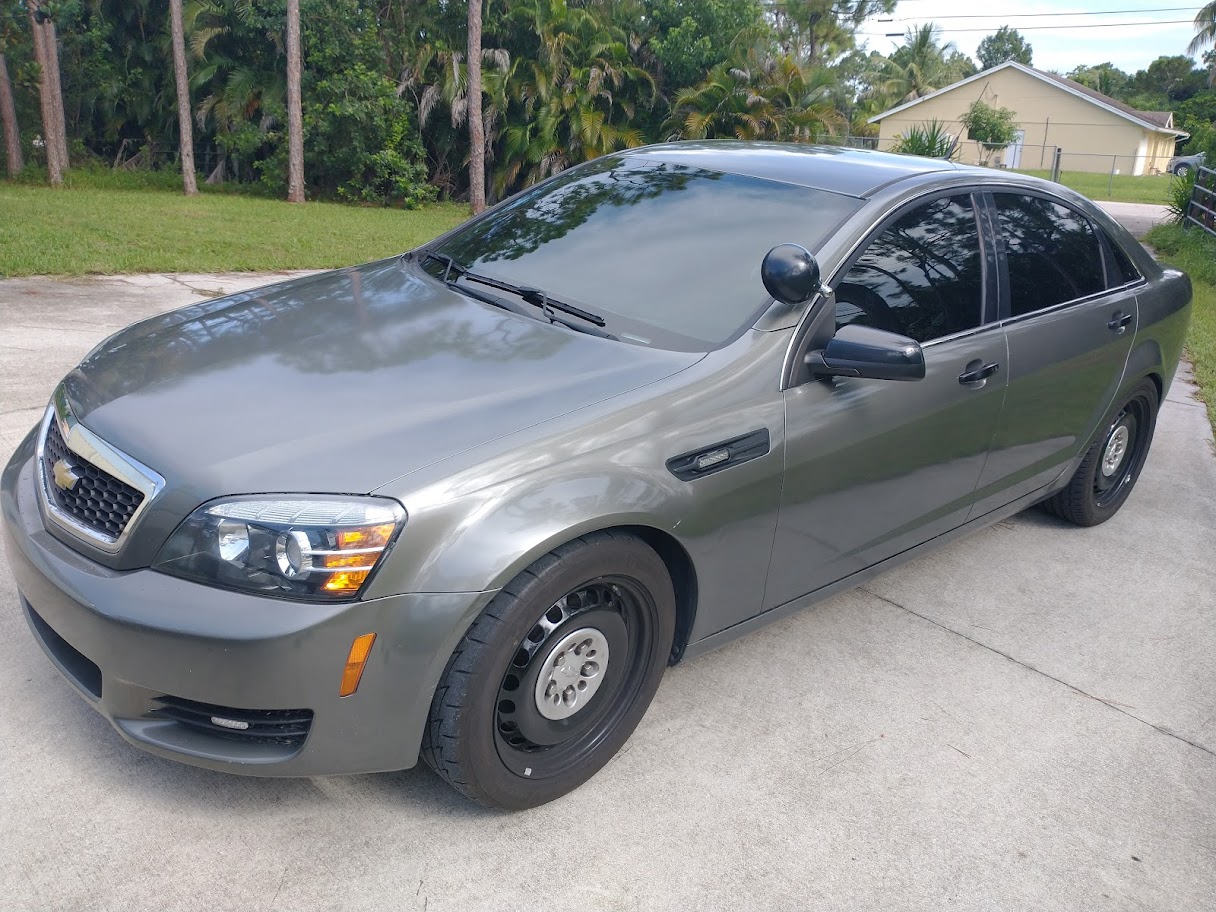 Also got the car tinted, that was long overdue. Got the whole car slightly darker and also had the windshield done. Picture makes the front windshield look black, but it's only 55%. I usually do it on all my cars, it really helps keep the whole car cooler and makes the rest of the tint look darker since there is so much less light coming in from the windshield.
Top

Got my dyno appointment for this Friday! I'm excited!

Kind of a quirk as well, it will be a homecoming for the car

Getting the tune done in Clearwater, FL - this car was formerly a Clearwater PD vehicle.
Top

ZL1 pump and LSA injectors are supposed to be good to 600whp, and I figured I'd be below that and be relatively safe on stock pullies. Oops.

Car made 618whp/574tq. Running out of fuel pressure and maxing out the injectors. The original idea was to leave things OEM, but if I have to upgrade the fuel system to make things safe, I will turn up the boost a little bit. I bought a set of 850 injectors, and have a 2.55 upper pulley. Just need to figure out what I'm going to do for the fuel pump.

here is a good option

ZL1 pump and LSA injectors are supposed to be good to 600whp, and I figured I'd be below that and be relatively safe on stock pullies. Oops.

Car made 618whp/574tq. Running out of fuel pressure and maxing out the injectors. The original idea was to leave things OEM, but if I have to upgrade the fuel system to make things safe, I will turn up the boost a little bit. I bought a set of 850 injectors, and have a 2.55 upper pulley. Just need to figure out what I'm going to do for the fuel pump.

I searched and couldn't find it. What cam did you go with?
Top

I searched and couldn't find it. What cam did you go with?

I searched and couldn't find it. What cam did you go with?

Thanks. I'm slowly collecting parts for my LSA swap on my Caprice, and I'm still needing a lid, so trying to gauge how other's builds have gone.
Top

For the fuel system, I haven't decided on injectors yet but I'm going with a twin in-tank setup rather than an aux pump. At least, that is the current plan.

Lastly, car is currently down while I'm waiting for parts. The recline mechanism in the driver seat started acting odd, only engaging on one side so it was trying to twist the seat back instead of reclining. I started messing with it and very shortly after it stopped working completely. Of course, it was in a bad driving position or I might have left the issue for later. I tore the seat down and you could see that the upper seat frame was actually tweaked from the accident the SS was in. This put the shaft running through it at an angle putting a side load on the recline mechanisms that weren't designed for that. I bent things back into shape but they still won't engage. I have a new upper seat frame coming, should be here this week if I'm lucky. Then I get to reassemble the seat and start driving again.

I also took apart my PPV seat to see if the upper frame was compatible, and it is not. It has a bunch of extra tabs welded to it for the recline springs/rods, and the main shaft is different shape as well so it probably wouldn't engage the splines on the recline motor properly.

Edit: I will say this, anyone with SS front seats, obviously the chances are very good that your donor SS was in an accident. It would be wise to inspect the upper seat frame rails carefully, as even if the seat isn't visually tweaked the frame could be. There were some visual cracks on/around the welds on mine - they probably wouldn't have held like designed if a second accident were to occur.
Top

There was a slight discrepancy on the part number for the upper seat frame, as the number was superseded a couple times but the new number no longer showed the SS in fitment. However, it does work.

I don't have pictures of the process but once you get the seat apart it's pretty direct. Some of my SS lumbar supports were broken as well, so I used the lumbar support from the PPV seat and swapped the SS lumbar motor onto it. Only difference is the SS lumbar has the memory function, otherwise I could have brought the whole assembly over.

Once that was done, there are two tabs that support the lumbar cable clips that are riveted to the seat frame, and the new frame did not come with them. I drilled them out and then tack welded them to the new frame as I didn't have any rivets handy.

Reinstall the cover/airbag/cushion assembly, rewire everything, clip all the upholstery clamps back on, reinstall the plastic side covers, and it's good to go. 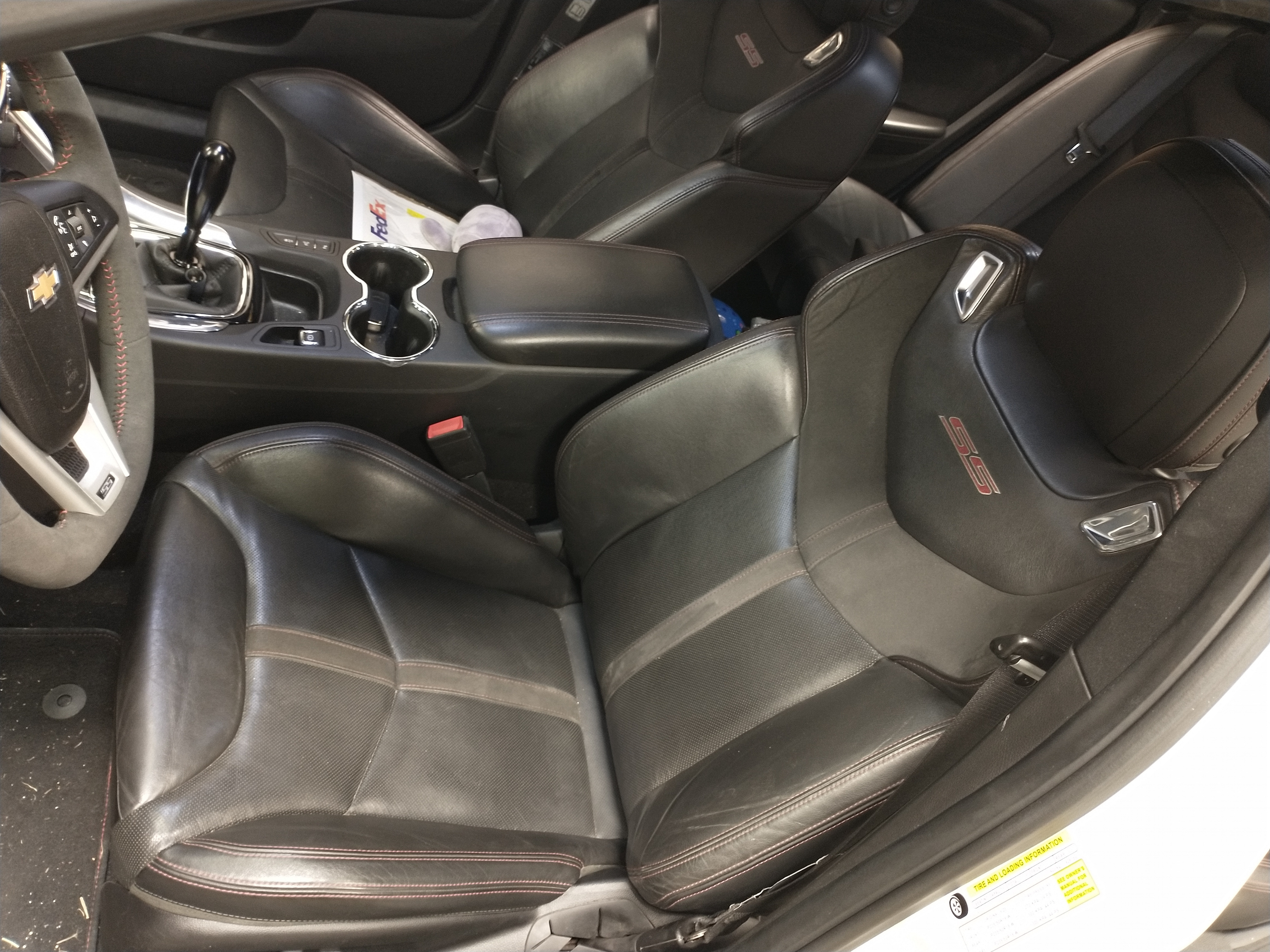 Looks the same as before, but now it works!

The part number I ordered for anyone interested - 13518925. I got it for just under $100 shipped, and it comes with the recline motor and shaft already installed. Fits a ton of late model trucks, and the CTS and ATS as well. Looks like GM standardized things quite a bit.

Hopefully doing to fuel system upgrade next week. Still waiting on parts for that.

Edit: turns out I do have a few (crappy) pictures. 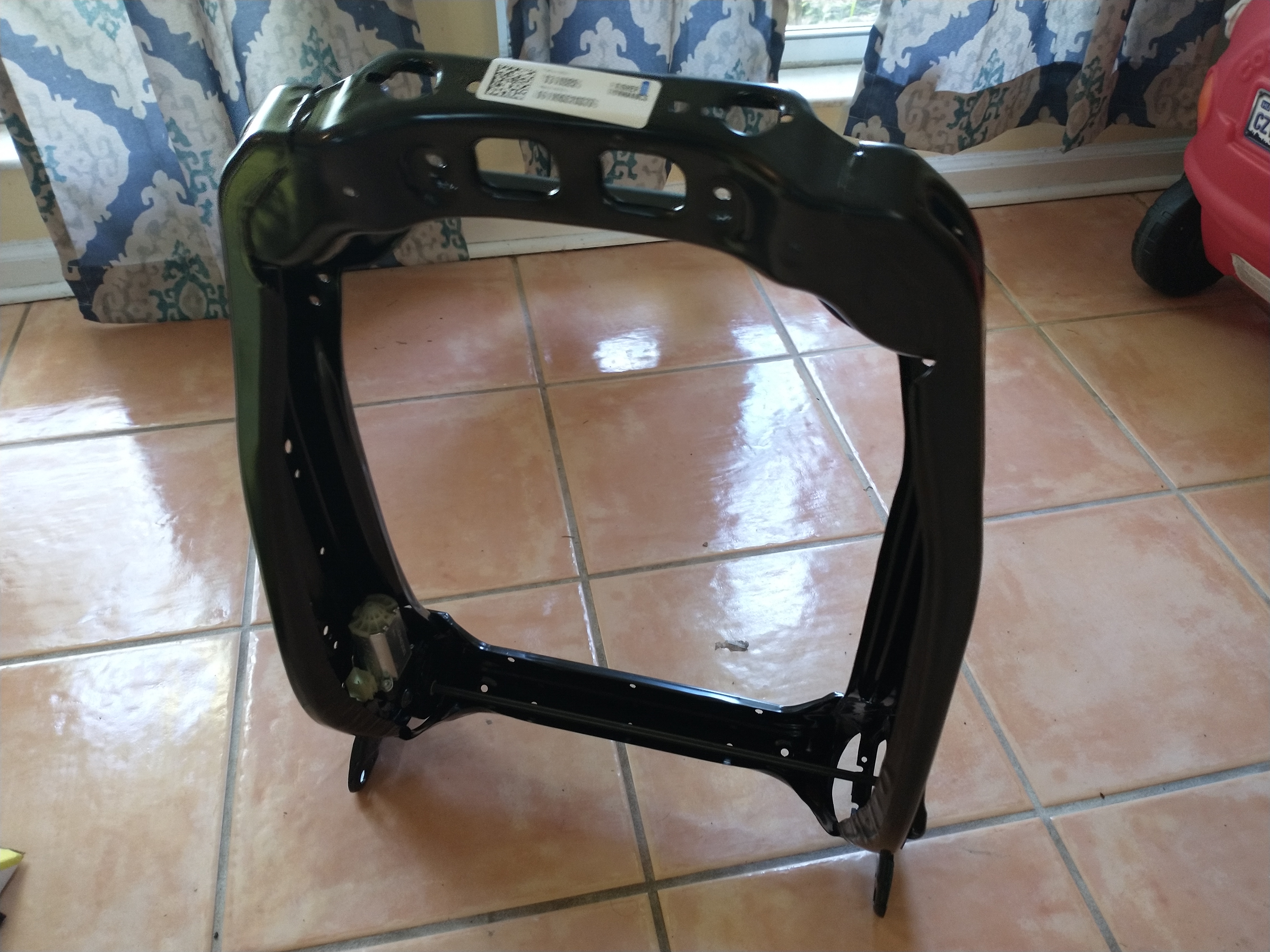 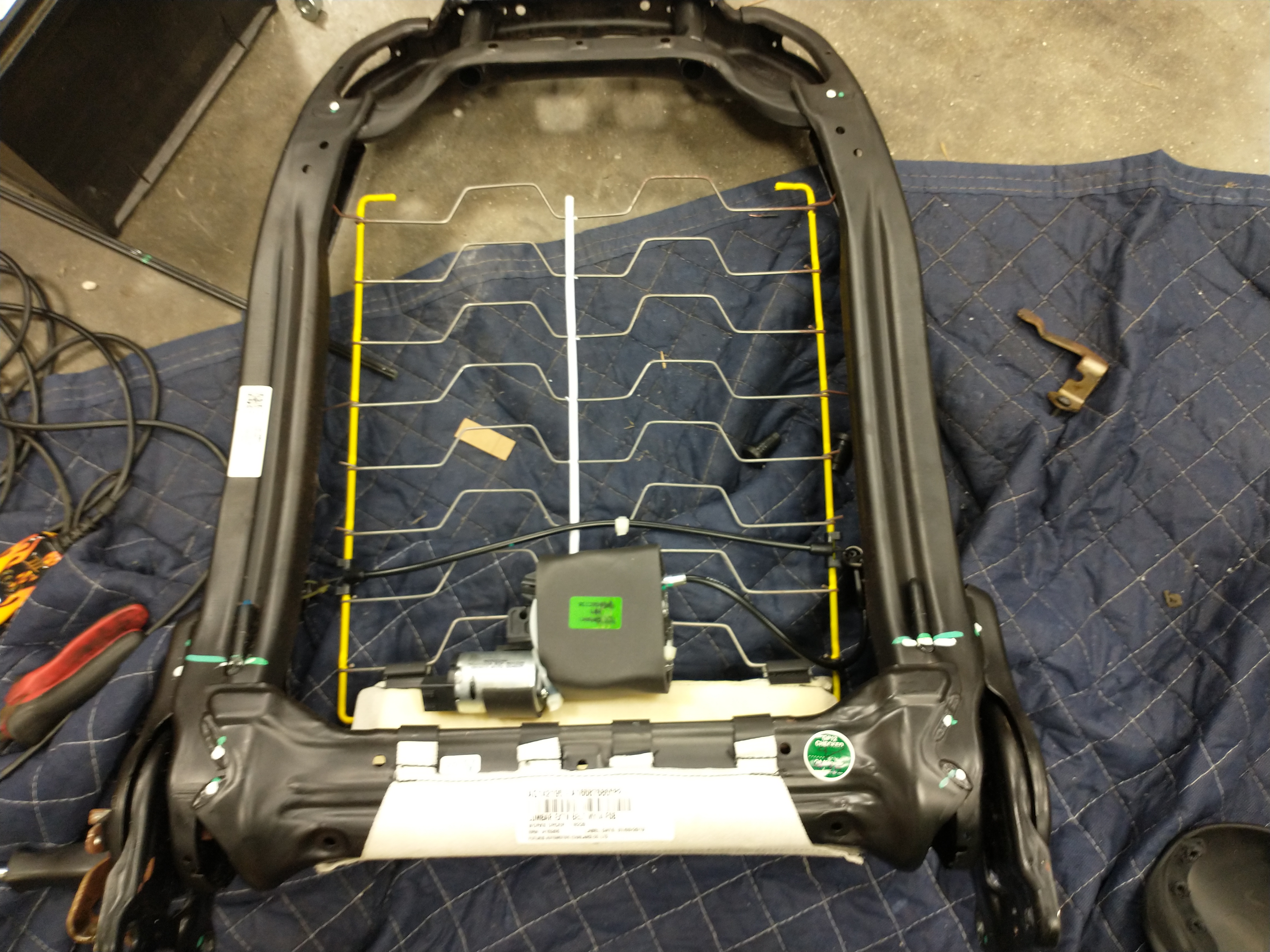 If you are using seats from a crashed SS, consider inspecting/replacing your upper seat frame. Even if it's not visibly tweaked it could look like this on the inside. Another bad accident and it may fail completely. 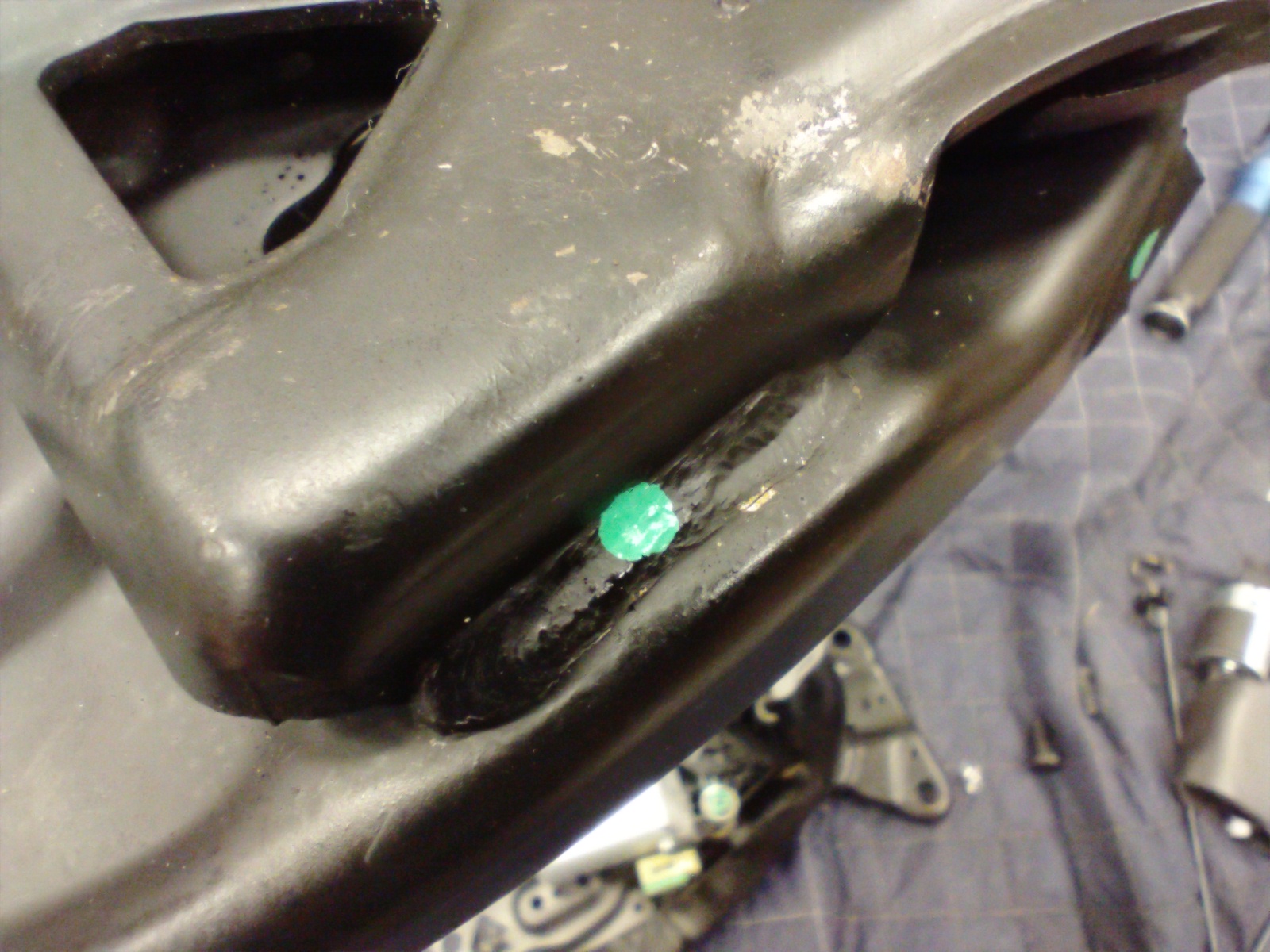 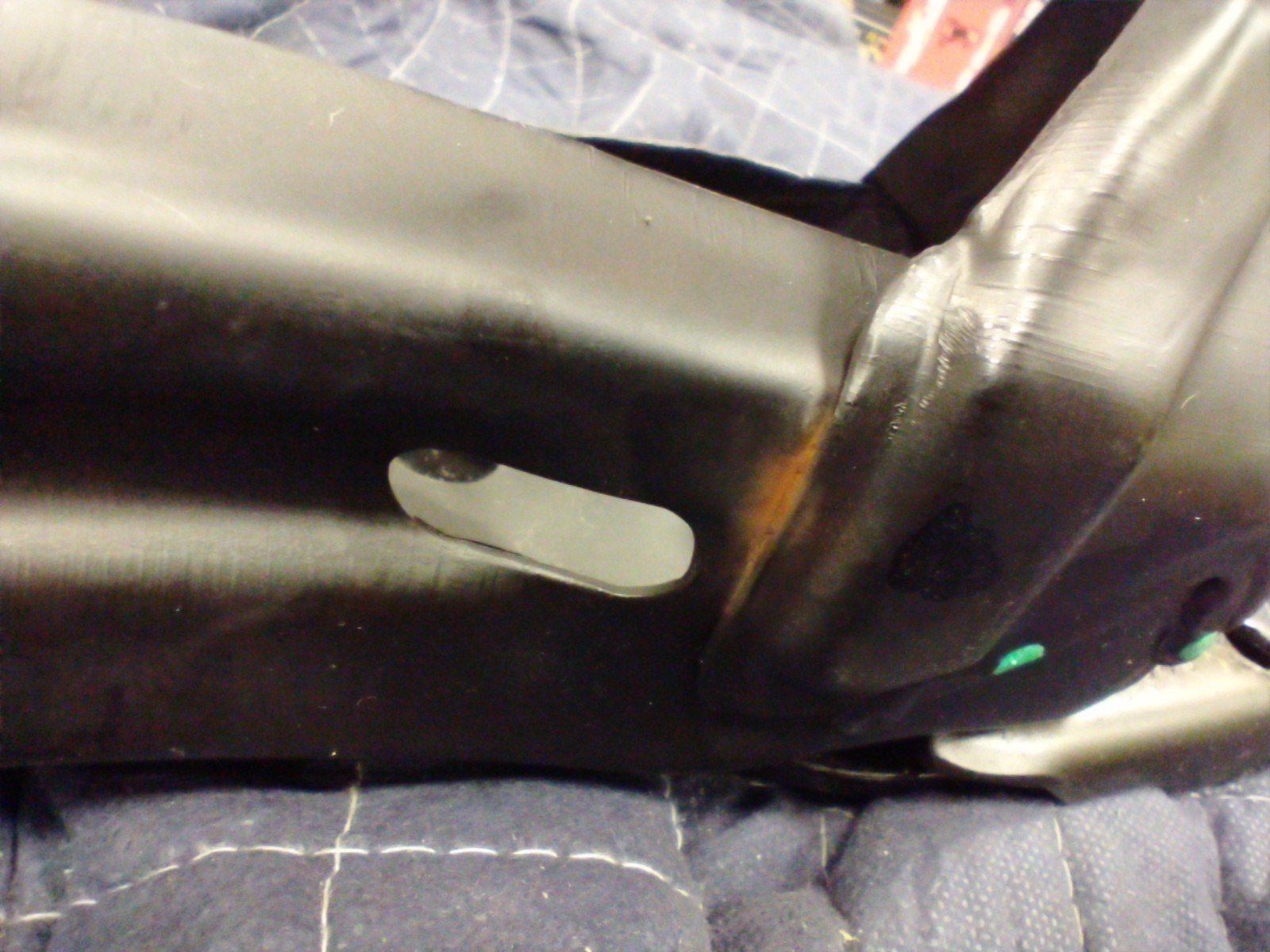 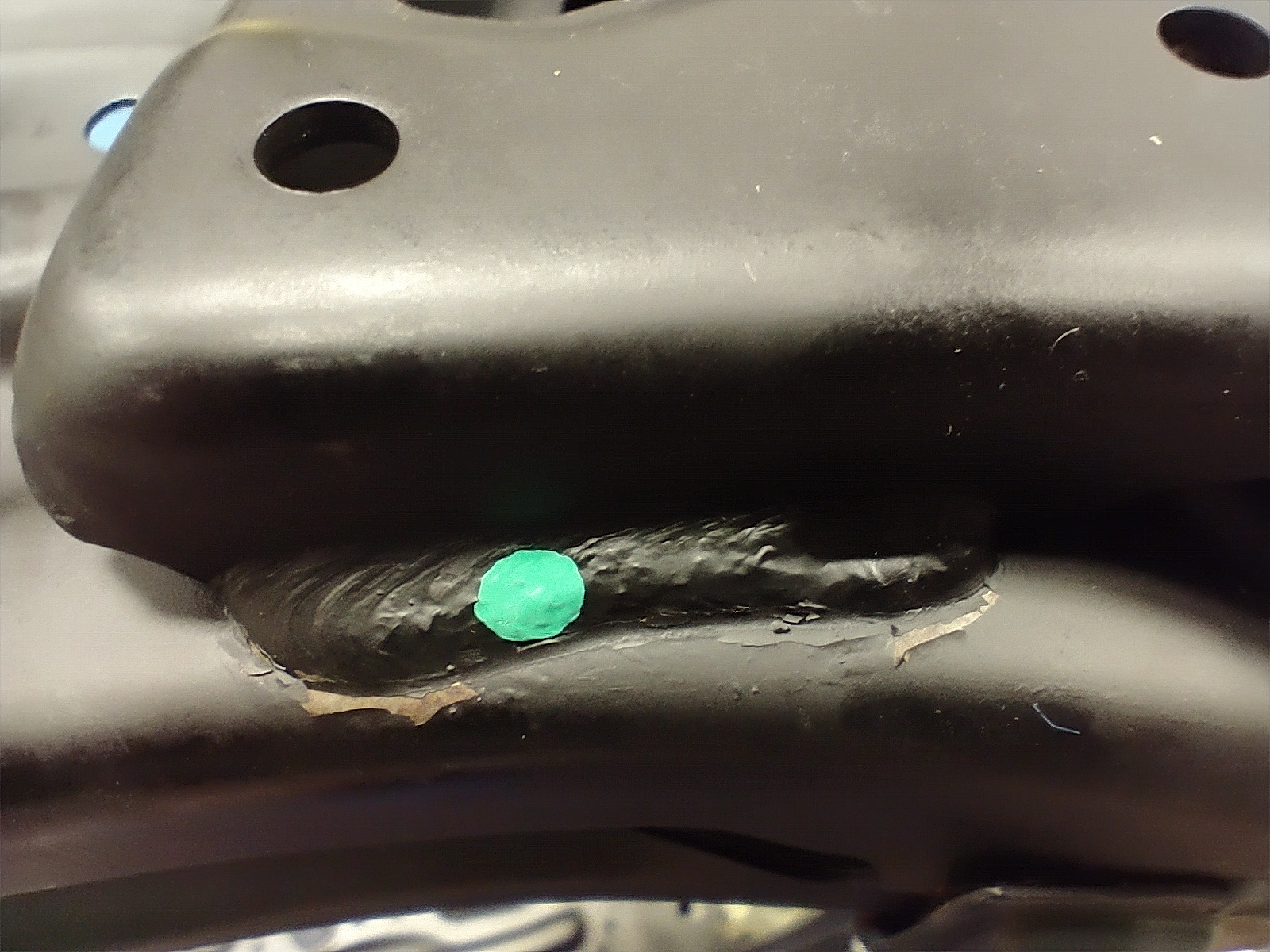 Can't stop spending money now that the car is 'finished'

Got the fuel system sorted, car now has twin 340LPH in tank and ID1050 injectors. Since I now have extra overhead in the fuel system that I wanted to leave stock, I'm going to use it. So I got a 2.55" upper pulley that I just finished putting on last night.

And while installing it I just couldn't stop thinking how neat it would be if I never had to worry about IAT's again. So I did it.

Also got an Aeroforce gauge and the wideband add-on for it so I can keep track of everything without needing to have a million gauges.