2013 Silver Bullet. My Idea of what a Caprice SSV would be

Tell us about your new PPV, show us some pictures, let us know how you did what you did!
Forum rules
One thread per car per member in this section. No thread hijacking in this section please, if it's strictly a tech discussion please move it to the appropriate sub-forum - moderators can assist if needed or requested.
Post Reply
12 posts

2013 Silver Bullet. My Idea of what a Caprice SSV would be

Ok, Little back ground. I am a bigger fella. I wanted a V8 4 Dr that I could fit in and have fun with. I was originally looking for a G8. I could not find one with as low of miles and for anything that I felt was a reasonable price. I have had lots of Caprices in my life but was surprised to find that the Holden Caprice was basally a G8 but longer. I started looking at them. Found a couple with only 6 miles but CRAP, 38 Grand. They were sharp and I was going to see what I could get them down too, but they said they could only sell to a Police Dept. So a few more months of searching I found one with 8k miles. It was a demo, never in service, had a lightbar on it but no holes for any cables or anything. Just riveted to the chrome drip rail. Made the deal. Got her for 19k and with the 100k Warranty. This is what she looked like at the time. The first things I did was a Custom Console, Carpet, Beauty Rings and Tint. 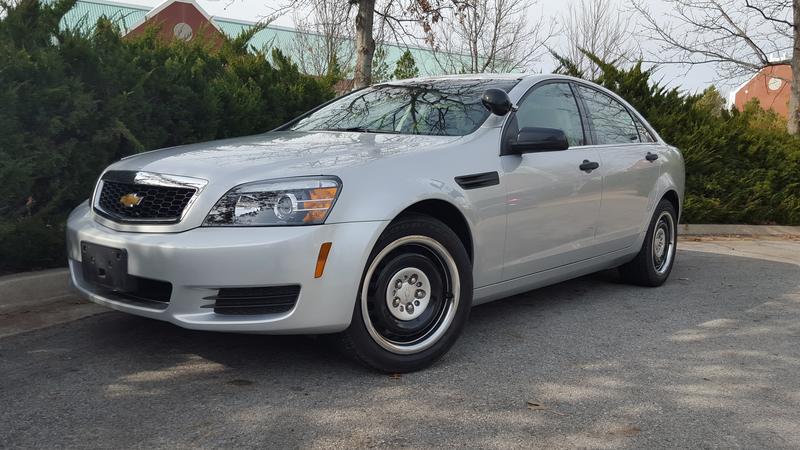 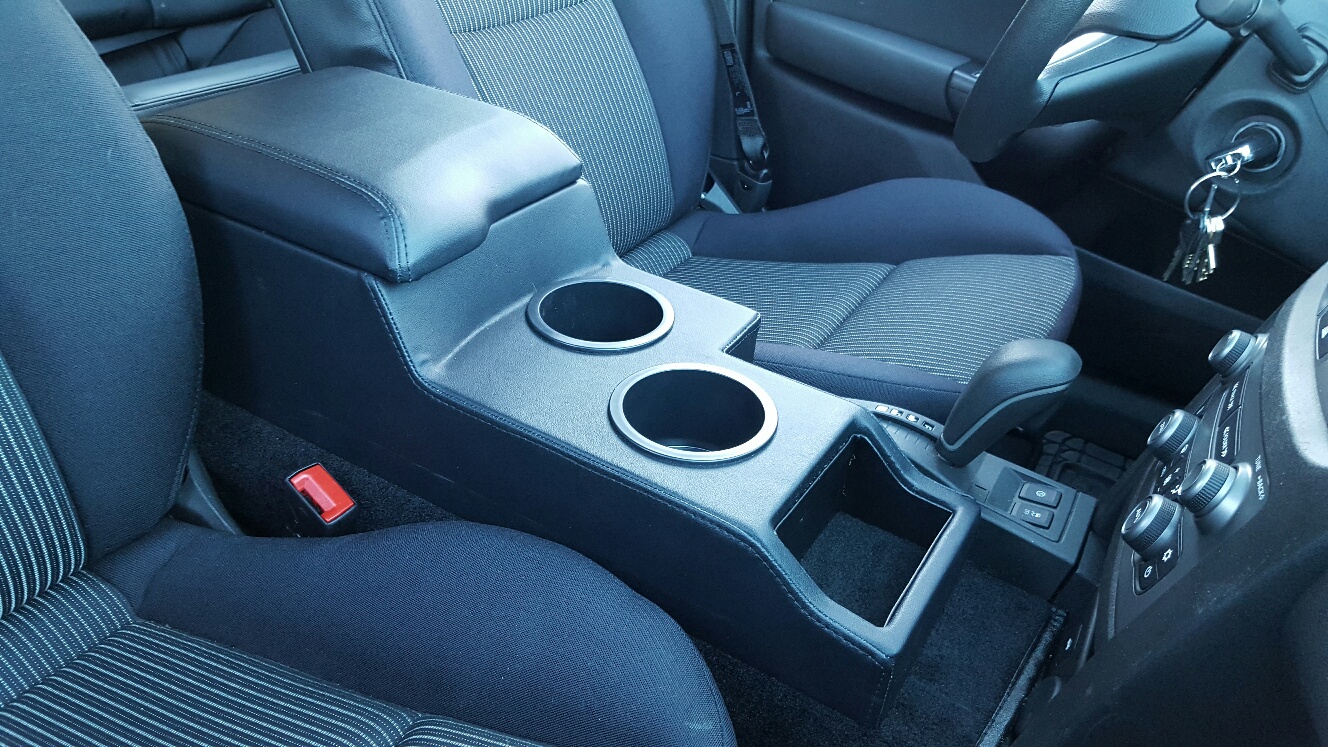 I started getting bored with the Cop Car look so I started my Decopify projects. First was wheels 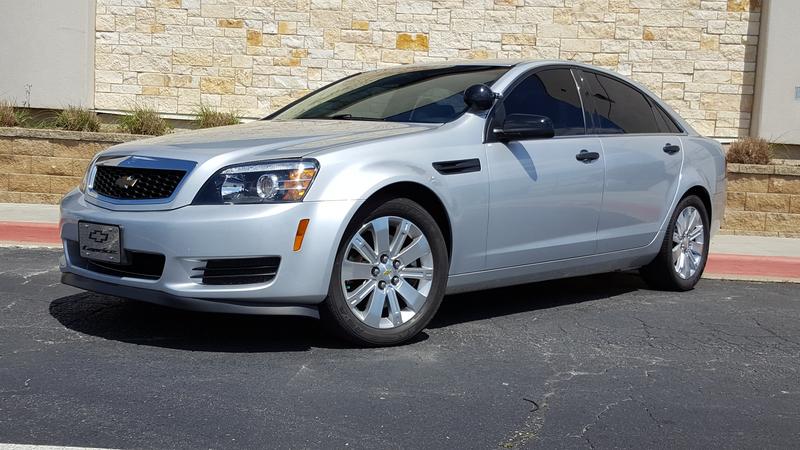 I also decided it was time for a bit more performance. I added the Solo Axle Back, A Spector CAI, Custom Painted a G8 Engine Cover and got a good tune from a local guy. I also added a Chin Spoiler thing. Its an EZLip Pro. Its a soft Rubber thing that uses 3m Tape to install. I did not take any pics of the install but you can see it on my pic with the black wheels. 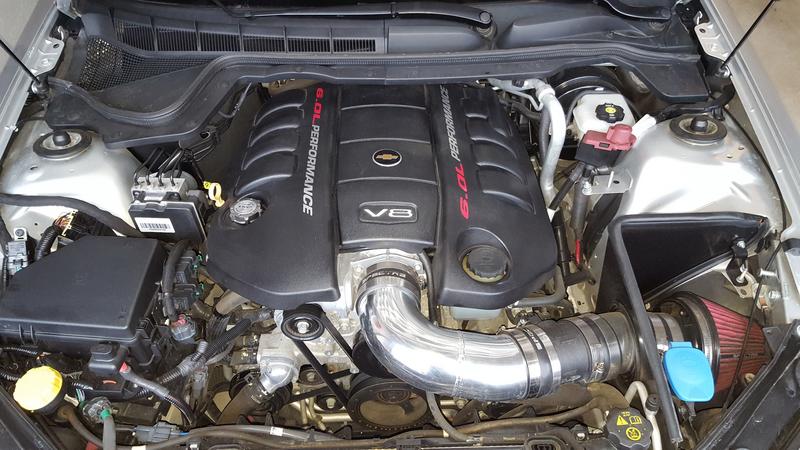 Then I decided the spotlight had to go. At the same time, I was getting a bit frustrated with everyone thinking it was a Impala. What finally did it for me, I went out to a burger place and parked next to a silver Impala. My Girl friend said, "LOOK, You cant tell the Difference" It just so happen that I had access to a G8 Hood. After a long talk with my Body guy, he agreed to cut top and bottom of the G8 Hood and weld into my hood and also weld in the spot light hole. He did a great job but I think he is still kicking him self in the ass for it. I also decided to change the grill out for a Caprice SS Grill and to add a Spoiler. I decided on the 1st gen spoiler as I did not think the trunk lip spoiler would look good once the G8 Scoops were in. 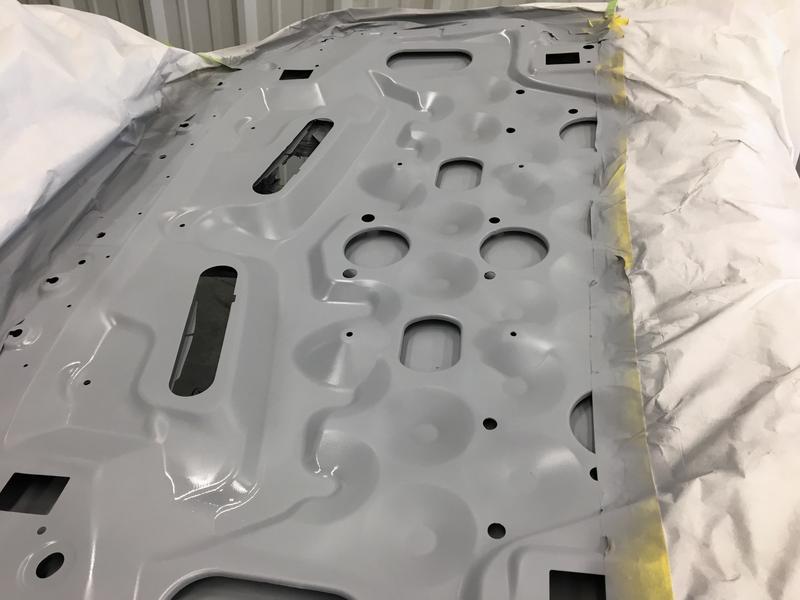 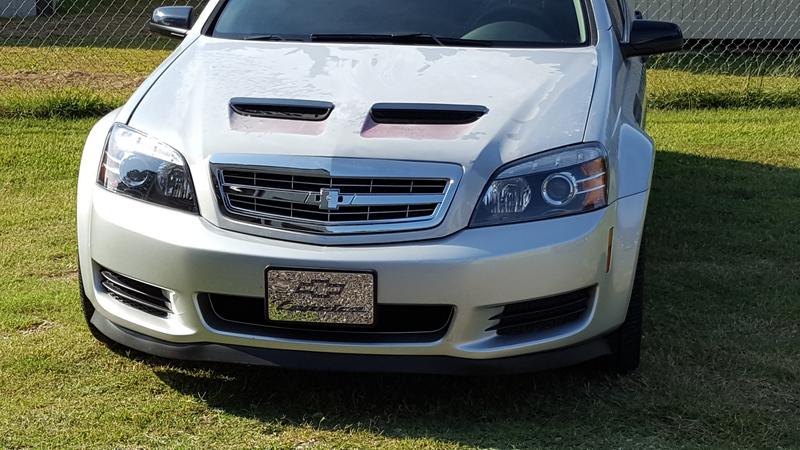 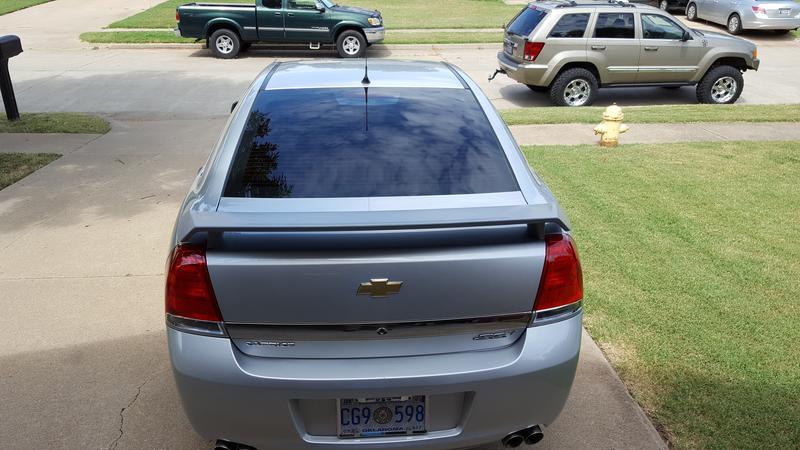 But now that I have the hood done, Spoiler on and Grill in place, It just did not look good with those wheels. Oh and Fog lights, I needed those. oh and it sits too high too. So off I went, bought some SS Springs, Camaro SS Wheels that I had to strip to get a custom different then everyone elses Camaro wheels look. Got the Fog lights in too.
So here is what she looks like today. 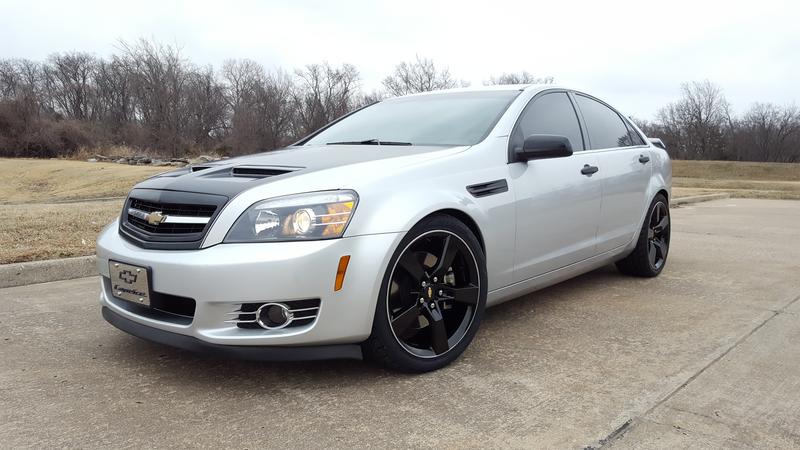 Other things that I have done but I dont have pictures, Chris White programming on the Radio. Man a 2013 Radio is a POS, All after market speakers. 400 Watt Alpine for front including a Dual 1200 watt 12" Sub box in the trunk, Dash Cam, and Back up cam tied to the Holden IQ. All LEDs for Headlights, Back up lights and Fog Lights.

My future projects, I have a full set of G8 Leather Interior that I am going to have redone with a Custom two types of Leather and Custom Embroidery like the Maloo Interior. I have also started buying LSA parts but I am only 20k on a 100k Warranty so it will be a while before I start that part of the build. I hope this gives everyone some ideas. Feel Free to ask any questions.
Last edited by mercialogo on Thu Feb 22, 2018 7:30 pm, edited 8 times in total.
1991 Honda Night Hawk 750
2000 Silver Trans Am (RIP)
2005 Jeep Grand Cherokee Extreme
2013 Silver Caprice PPV
Top

Mercialogo,
Again, great job and write-up! Now, just to see the pictures. But, kudos to you.

OK. I think I got things moved over to another hosting site and I hope all can see these images now.
1991 Honda Night Hawk 750
2000 Silver Trans Am (RIP)
2005 Jeep Grand Cherokee Extreme
2013 Silver Caprice PPV
Top

This is a great transformation, thanks for showing us the blow-by-blow.

How/where did you get the console made, and how much did it cost?

Can you show a pic on the inside of the console box?
Steve Robin
Minneapolis, MN
'11 PPV 9C3 Phantom Black Mettalic
Top

The console was a custom made one from a local ( Tulsa ) Car Interior guy. Several folks had went to him after me for the same console but I talked to him a couple weeks ago. He said that he just does not have time for just the Console boxes anymore. He is a 2 person shop and had about 20 sets of seats sitting in his front office waiting to be done. It was not too expensive though. I think it was like 250 bucks. Just look for a local guy in your area and they should be able to fix something up for you. I am actually looking at maybe building another one soon but with a different design. I need one a bit lower and the full length all the way upto the dash. It will be spring or summer though before I come up with a new plan. I have a full G8 console but I also have a small switch box that I need to use. sooo,, yea, more custom stuff.
1991 Honda Night Hawk 750
2000 Silver Trans Am (RIP)
2005 Jeep Grand Cherokee Extreme
2013 Silver Caprice PPV
Top

Your car looks awsome. Do you have any issue with tires rubbing?
2011 PPV 9C3
Top

That is a wicked sick build! Hood is awesome. I'm gonna have to keep an eye out for an engine cover now. I was either going to swap in a G8 console or get one like this but it's ugly compared to yours. I could make my own like that with plywood.
https://www.ebay.com/itm/Chevy-Caprice- ... 2123168533

Did you use the Holden fogs? How difficult was it to get them?
2011 Caprice PPV, 1 of possibly 3 in Canada!

The holden fog's are really just that outer trim part, either black or chrome still avail on ebay.au, the lights themselves are generic from other GM and you can get them on US ebay etc.... look at this thread...
viewtopic.php?f=21&t=19&start=40" onclick="window.open(this.href);return false;
Top
Post Reply
12 posts