Yet another endless build for me. This time on the Caprice.

Tell us about your new PPV, show us some pictures, let us know how you did what you did!
Forum rules
One thread per car per member in this section. No thread hijacking in this section please, if it's strictly a tech discussion please move it to the appropriate sub-forum - moderators can assist if needed or requested.
Post Reply
30 posts

Looks good, interested to see the fully lit picture with the fogs and LED lights. My front bumper besides the slots for the push part is in reasonably fair shape, and those lights look like a nice way to functionally take care of the openings.

Both gone but not forgotten...
Top

Per some information I got from the Tahoe/Yukon forum, I replaced the painted/rusting center cap bolts with stainless. I ordered enough to replace all of them on both vehicles. Since the Caprice was in the shop, I replaced the bolts on it already. Happy not to have to worry about repainting them anytime soon.

As mentioned in another thread, we autocrossed the Caprice this last weekend. We've had so much rain this winter, the path to and from the shop where the race car and rig are stored is nearly impossible to get out. That, and the forecasted wet weather, which isn't good for slicks, so a road car was chosen to drive, as long as the rain wasn't too bad.

We've autocrossed it before, and it's fun to drive, especially with the coil-overs, sway bars and wider tires. It didn't fail to please again. It was foggy and wet, and was misting when we ran, so it got pretty dirty: But the main reason for posting in this thread was to note that this is the first time we'd had the car on the highway since the exhaust system install. I wanted to note that while I could tell when the car went into 4-cyl mode, any annoying noises from the exhaust was minimal. Certainly not as sweet and smooth as that V8 sound, but I think I can live with it, even on long drives. I think I had the mufflers set to quiet mode, and didn't mess with them either on the road or at the event. The sound was acceptable and any drone was minimal.
Gene Beaird,
Pearland, Texas
2012 Caprice 9C1
1992 B4C 1LE Camaro
2010 Tahoe PPV (her car)
1995 DGGM Impala SS
1996 BBB Impala SS (11-second DD)
1985 Firebird - 310 LS1 C Prepared autocross car.
And some others
Do YOU have my SPID?
Top

Little update, even though not much has happened lately. That right side exhaust cat-to-head pipe fitting seems to have been a bit loose. Shortly after getting home from that last autocross event, the car posted a CEL. With the code reader, I discovered it the no. 2 pass side O2 sensor. Sooo, ordered a new one, and installed it. Cleared the codes, drove it a bit, and the light didn't light.

Took it in to get an inspection done, and it FAILED. The reason it failed was because two of the emissions sensors were set to 'Not Ready' status. In Texas, you can pass with one sensor in a Not Ready state, but not two. Seems if you clear the O2 sensor code, it resets TWO sensors, the O2 and Evap system sensors!!! Sonofabisch!

Inspector Dude (TM) stated that I had to drive the car some, and include as many as two dozen start cycles. That drive distance can be as much as 100 miles!!!! WTF?!?! So, I drive it and drive it, and keep checking the sensor status, noting the two sensors are still Not Ready, but there are also 'Pending codes'. Anyway, took it on a prety long trip, and was almost back to the house, running through my schedule in my mind to see when I might want to take the car back to the inspection station when <BING!> <BING!> <BING!> the feaking CEL came on again!!

Shortly after that, the ABS and Traction Control lights came on, too. WTF**2? Unfortunately, my current code reader doesn't do brake or body sensor readings, so I had to get a new reader that would do that. While waiting for that unit to arrive (Blue Driver Model LSB2 Bluetooth-enabled reader), I ordered a couple of ball-socket-style head pipes from Summit. They were Kooks parts. I figured the belled end would help seal the connection between the factory-style ball and socket joint off the end of the cat, and would wedge between the flat faced header flange on the exhaust system. I had to cut most of the pipe off the new head pipe, burning up two sawsall blades because of the thick metal the pipe was made from, and it slipped up into the existing exhaust pipe and set well on the ball socket on the cat. After tightening things up and starting the car, all seems nice and leak-free. Only a few more start cycles and miles on the car with expired inspection/registration will tell.

When the new OBDII reader arrived, I scanned the system and discovered the left rear wheel speed sensor was failed. I ordered another one (~$85.00, IIRC!) and while in the process of installing it, I shined a light into the hole the sensor is inserted into and found a little ball of schmutz. I pulled that chunk out with a pair of forceps and discovered it was a ball of rusty dirt. I can only think the last autocross event may have broken some of that dirt loose and the maneuvers through the course rolled things around into that little ball. Still not certain that was it, I went ahead and installed the new sensor. Reset the codes and went for a few drives.

After many short trips and starts, I _finally_ got the O2 sensor to set into a 'Ready' status, leaving only the Evap system sensor Not Ready. I ran the car to the inspection station for an inspection. The car passed, all the while the Inspector Dude seemed to be confusing the car with a FWD Impala (he never popped the hood). After a bit, he asked if it was RWD, and was quite surprised it was, and had a V8. I told him it was a Holden, essentially a stretched G8, and he finally got it, and really liked it.

While paying for the inspection, Inspector Dude No. 2 told me that filling the gas tank will help the Evap sensors reset quicker, since there's less space to build pressure in the tank. Hopefully I don't have to try that trick, ever!

So, I finally got the car inspected and registered and legal.... just in time to drive it to jury duty yesterday!!

At least it was a nice, relaxing trip in the Caprice!!

Next up, I think, will be the Camaro Brembo caliper update. I do still need to get the fog lights and LED driving lights hooked up. Weather is just now cooling down out of 'opressive' range, so hopefully I get more quality time in the shop.
Gene Beaird,
Pearland, Texas
2012 Caprice 9C1
1992 B4C 1LE Camaro
2010 Tahoe PPV (her car)
1995 DGGM Impala SS
1996 BBB Impala SS (11-second DD)
1985 Firebird - 310 LS1 C Prepared autocross car.
And some others
Do YOU have my SPID?
Top

So far all the MILs have stayed off, so we can enjoy the car again. While off over Christmas, I did install the Camaro upgrade calipers per this thread:

Thanks to Bill for providing the brake hoses and brackets, and everyone else in that thread for answering my endless stupid questions. I hope it helps someone. Haven't really driven the car much since then, since I mostly work from home, and the weather has been crap. If we have another cold/wet autocross event it will probably go for that. Until then, we enjoy it when we can. 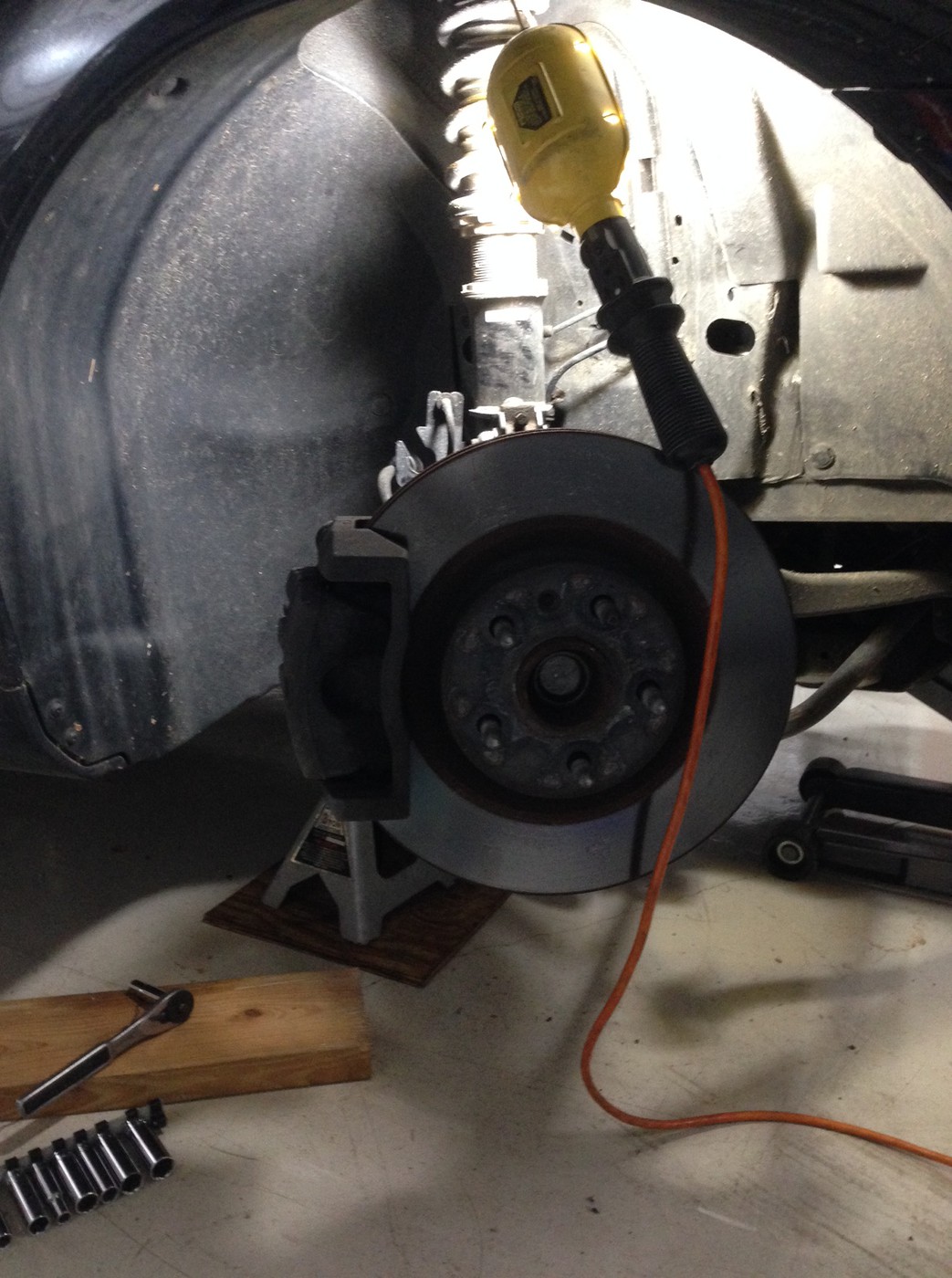 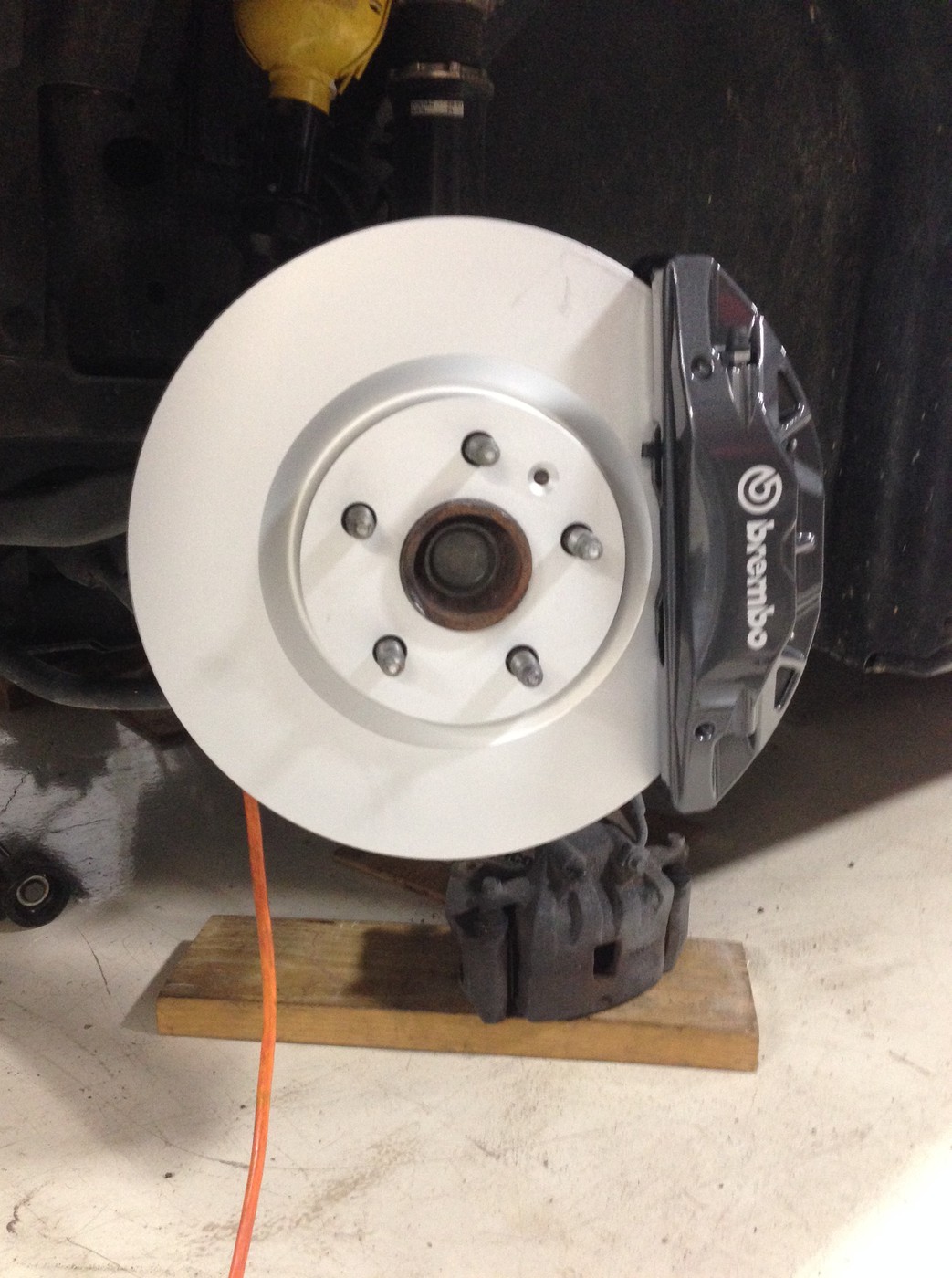 Inspection time came up, and I had the opportunity to get the car out to at least get it inspected. Since I'm WFH, and we leave the car plugged in to a Battery Tender, we usually take the wife's Tahoe PPV when we need to go anywhere, and we're still gong out when we have to. The car has sat in the garage collecting dust since it's been too hot to get it out and give it a bath. That may change this weekend, since we've had the first good strong cold front roll through here yesterday, and are expecting another reinforcing font around Friday.

Work on the motorhome has slowed, since we got a week to catch up on many projects on it, so we may get out to hose the dust off the car this weekend. I was reminded of how much fun the car is to drive when I had it out for the inspection trip. It was embarassingly dirty, though. It was a good trip, the car passed inspection!
Gene Beaird,
Pearland, Texas
2012 Caprice 9C1
1992 B4C 1LE Camaro
2010 Tahoe PPV (her car)
1995 DGGM Impala SS
1996 BBB Impala SS (11-second DD)
1985 Firebird - 310 LS1 C Prepared autocross car.
And some others
Do YOU have my SPID?
Top

Haven't done much with the car but have a mobile detailer out to clean it up. He was very interested in the car and how to get one of his own. Haven't been doing much on the car, including the detail, which I'd usually do, as I have a shoulder that's really giving me problems. The last real work we did, my bride turned the wrenches while I pointed and said 'pull this bolt off', etc. It was real fun swapping parts off our 2010 Tahoe PPV to our new 2018 Tahoe PPV, especially getting all the stainless hub cap bolts and chrome lug nuts swapped over.

I have shoulder joint replacement surgery scheduled at the first of next year, so hopefully I can get back to throwing, er, turning wrenches next summer, just as things warm up to 'oppressive heat' level.
Gene Beaird,
Pearland, Texas
2012 Caprice 9C1
1992 B4C 1LE Camaro
2010 Tahoe PPV (her car)
1995 DGGM Impala SS
1996 BBB Impala SS (11-second DD)
1985 Firebird - 310 LS1 C Prepared autocross car.
And some others
Do YOU have my SPID?
Top

Hope the surgery goes well so you can wrench on your car instead of wrenching your shoulder.
2011 Caprice PPV, former RCMP test vehicle, never put into service
Build Thread: http://www.newcaprice.com/forum/viewtopic.php?t=2419
Top

Mooseman wrote: ↑
Tue Oct 11, 2022 4:26 am
Hope the surgery goes well so you can wrench on your car instead of wrenching your shoulder.